Indonesia is Moving its Capital – What Does it Mean for Businesses? 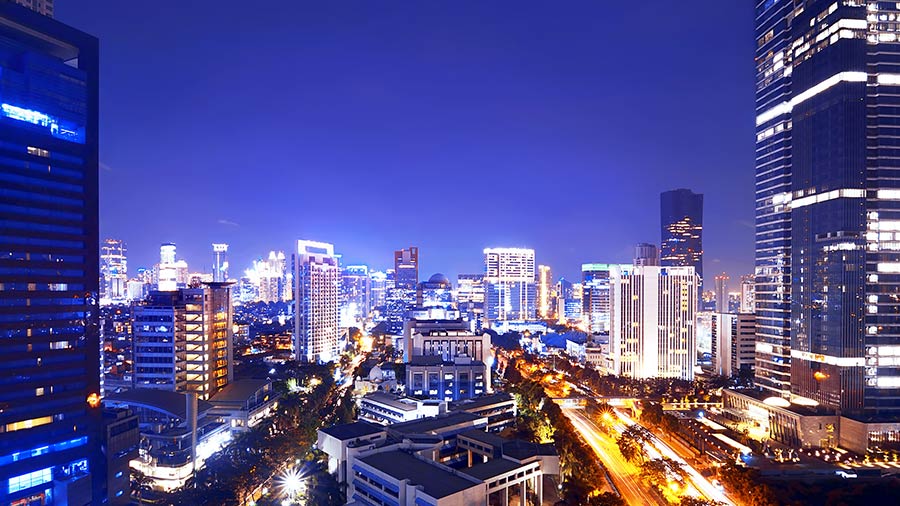 In late August 2019, the Indonesian government announced plans to move its current capital from Jakarta to the province of East Kalimantan on the island of Borneo.

If parliament approves the move, the project is set to cost an estimated US$33 billion to construct a smart, green city beginning in 2021. By 2024, the government expects to start moving more than 1 million government employees to the new bureaucratic center.

But the project will require significant investment: the government expects state-owned entities and the private sector to bear 80 percent of the total costs, with the government funding the rest.

The development will introduce a number of variables for businesses with an interest in the country. Smart investors should seek to develop a base understanding of the mover, before assessing factors that may impact their business.

Why is Indonesia moving its capital?

As the center of government, finance, business, trade, and services, the mega-city has crowded itself to a standstill, costing the economy an estimated US$9 billion in lost productivity. The city is also prone to natural disasters and other environmental risks.

Jokowi’s critics, however, maintain that plans to move the capital are due to his inability to resolve Jakarta’s development problems – a promise he pledged when he was governor of the special province. In this context, the move can be interpreted as an attempt to burnish his legacy before the end of his second tenure.

Study the business environment before a market entry

Still, it is worth noting that Indonesia’s leaders have long discussed moving the nation’s capital far from the ghosts of Jakarta’s colonial past. President Sukarno was the first propose this in 1956; he dreamt of a purpose-built capital near the geographic center of the country, and in 1957, he laid the foundation for the city of Palankaraya in Central Kalimantan province. But Sukarno’s plans were eventually abandoned, and by the 1960s, he filled Jakarta with monuments, statues, and government buildings and declared the city the country’s capital.

Where is the capital moving?

The capital will move to East Kalimantan province, which is more than 600 miles (1,000km) away from Jakarta. The proposed site of the new capital sits between the coastal regencies of North Penajam Paser and Kuta Kartanegara; the geographic center of the vast Indonesian archipelago.

The province is the most developed of Kalimantan’s five provinces (West, Central, East, North, and South) and is not exposed to the natural disasters that plague other parts of Indonesia. It has also reasonably developed airports in the cities of Balikpapan and Samarinda and there is widespread access to drinking water (a problem in Jakarta) and a seaport.

The infrastructure demands of building a new city will mean the government needs to improve the profile of its projects, particularly with regards to the environment, costs, and profitability. This will be crucial in attracting investment and could attract greater attention from major regional development agendas, including China’s Belt and Road Initiative and Japan’s Partnership for Quality Infrastructure.

How will the move impact businesses in Jakarta?

Jakarta will continue to grow and remain Indonesia’s economic hub, regardless if it loses its status as the capital. Despite the US$33 billion price tag for the new capital, the government has designated an additional USD$40 billion for urban regeneration projects in Jakarta over the next 10 years.

Currently, the city’s metropolitan area constitutes one-fifth of Indonesia’s GDP and combined with the island of Java, accounts for 60 percent of the population and 58 percent of GDP.

Much of the promised US$40 billion will go towards infrastructure projects to cater to this expected growth, particularly for mass transportation, such as lengthening the newly built mass rapid transit system (MRT), commuter lines, and bus lanes, among other initiatives.

Moreover, there are plans to extend water pipes to cover all of Jakarta, reducing the need for people to extract ground water, in addition to building a new sewage system.

Improved infrastructure should help many businesses in Jakarta. Many analysts expect the property, manufacturing, and services sectors throughout the metropolitan area to flourish on the back of this initiative.

Local media outlets, however, are likely to suffer if the capital relocates, mostly because of the costs of establishing a new branch. This will make it even more challenging to oversee government activities given that local media already lack the resources to do in-depth investigative reporting.

Moreover, Jakarta-based NGOs will find it increasingly difficult and expensive to lobby the government and government agencies or advocate for policy change from Jakarta, whether by setting up agencies or sending representatives to the new capital.

What opportunities does the move create for foreign investors?

Indonesia’s plans to move its capital presents ample opportunities for foreign investors in a region that has historically lacked investment.

A project of this nature will present opportunities for companies engaging in soft and hard infrastructure, such as urban development, utilities, toll manufacturing, environmental consulting, as well as those in the business of designing smart cities. Prior to Jokowi, infrastructure projects on Kalimantan were non-existent.

Investments, for instance, in maritime infrastructures, such as developing ports, in East Kalimantan could encourage industrial productivity in Indonesia’s eastern regions, which covers 64 percent of the country’s total land area.

Given the country’s location in one of the world’s busiest waterways, the government initiated the sea toll program in 2015, which aimed to develop 41 new ports throughout the country, including Maluku and Papua, which are both in the eastern regions, to potentially create new economic hubs and new shipping lanes in the country’s east.

This would also be advantageous for East Kalimantan province which is renowned for its abundance in commodities from coal to gold to oil. The opening of new trade routes through eastern Indonesia could see the province explore new markets for exports, particularly for its mining commodities such as coal, and gold – these already account for 80 percent of the province’s exports.

While electricity production in East Kalimantan is still overwhelmingly reliant on fossil fuel-fired power plants, the president wants the new capital to utilize renewable energy for its electricity needs.  This presents huge potential for foreign investors in the field of solar energy, hydroelectric dams, wind farms, and biomass generators development.

There is also the prospect of developing a large-scale electricity storage system which could channel power from neighboring North Kalimantan province, where the government is currently building a hydroelectric dam.

With the government targeting over 20 million tourists in 2019, Indonesia is seeking to diversify the destinations it has on offer outside of Bali and Lombok. Bali alone accounted for some 5 million of the 14 million visitors in 2018.

Developing better infrastructure to East Kalimantan will help boost its tourism industry and reduce its dependence on commodities. The province has already developed more than 500 tourist sites, with more nature reserves and tropical forests being reserved and protected. The area presents opportunities for international hotel chains and high-end luxury resorts.

Furthermore, there is also enormous potential to capture the more than 40 million domestic travelers, a market that will continue to increase in-line with the growth of Indonesia’s middle-class.

Next Article
Expatriate Workers in Indonesia: New Regulation on Positions Open for Employment »