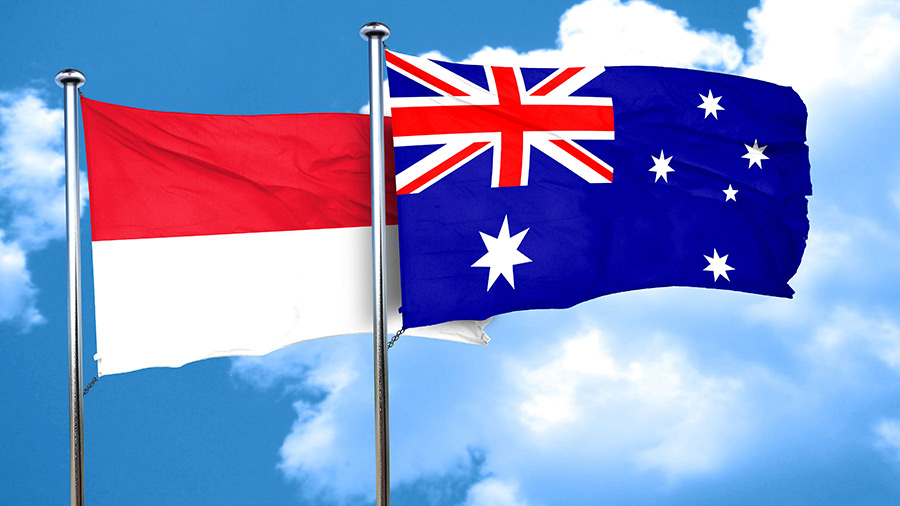 Indonesia and Australia have signed a comprehensive Free Trade Agreement (FTA) – the Indonesia-Australia Comprehensive Economic Partnership Agreement (IA-CEPA) – to open up their economies to mutually beneficial growth. Both nations are expected to benefit greatly from the new arrangement. Australia is promised better access to a highly restricted and regulated import market mainly for resource exports but also opportunities to sell its educational products. Indonesia on the other hand will gain from the elimination of most tariffs on exports to Australia as well as increased Australian investments in the local economy.

“There are a number of positive outcomes from the agreement.  For example, the agreement allows for 99% percent of Australia’s goods to enter Indonesia tariff-free, or under significantly improved or preferential arrangements.  The agreement also allows 100% of Indonesia’s goods to enter Australia tariff-free”, said Paul Dwyer, who leads the International Tax and Transfer Pricing practice at Dezan Shira & Associates.

The bilateral agreement will expand several provisions of the existing ASEAN-Australia-New Zealand FTA (AANZFTA) which has been in force since January 2010. Following the signing of the latest agreement, both countries will now follow their respective domestic treaty-making processes to enact the IA-CEPA. In this article, we first analyze the trade ties between the countries and then outline the advantages under the IA-CEPA.

According to Dwyer, Indonesia, which is situated in close proximity to Australia, is on track to become one of the world’s largest economies.  “According to the Australian Department of Foreign Affairs and Trade (DFAT), two-way trade between Australia and Indonesia in goods and services stood at AU$16.8 billion in 2017-2018, which is up 1.6 percent over a five-year period.  Australia exported AU$8.4 billion in goods to Indonesia in 2017-2018, which is up 5.9 percent over five years. Given this landscape, the strengthening of Australia’s ties with Indonesia is important”, added Dwyer.

Bilateral investments are mainly made by Australian businesses that are responsible for more than 90 percent of the total investments between both countries. Australia mainly exports agricultural goods. Indonesia was the main market for Australian wheat and live animal exports in 2017. Indonesia on the other hand mainly exports crude petroleum and manufactured goods to Australia. Trade in service plays a minor role with Indonesian students at Australian universities and Australian tourists to Indonesia being the main drivers.

99 percent of Australian exports to Indonesia will be able to enter the country without or with significantly improved tariff rates by 2020 under the new FTA. Australia, on the other hand, will eliminate all remaining tariffs imposed on Indonesian products.  In particular, the origin requirements for Indonesian electric motor vehicle exports have been liberalized.

Import licensing, the main hurdle for Australian exporters to Indonesia, shall be eased under the agreement.

Australian companies are to be granted up to 67 percent ownership for supplying certain technical and vocational training. The Indonesian higher education sector can look forward to opening up to more investment opportunities by Australian universities. Further, Australian investments up to 100 percent in 3-, 4- and 5-star hotels and resorts are to be allowed.

Additionally, 67 percent Australian ownership is granted for the following sectors under the IA-CEPA:

For Indonesia, on the other hand, the open investment policies of Australia apply. Those investments will be subject to Australia’s foreign investment policy which includes screening by the Foreign Investment Review Board. Policy flexibility will be preserved in sensitive areas such as:

Paperless trading shall be implemented by both parties, containing the electronic publication of trade administration documents as well as accepting electronic versions of the documents. They shall be treated as equivalent to paper documents except if they are against international requirements or where it would harm the effectiveness of trade.

The acceptance of electronic signatures shall be established under the agreement in accordance with international norms for electronic authentication. Regulations for consumer protection and data protection shall be implemented in both nations.

Further, the cross-border transfer of digital information is recognized by both parties and they shall not implement measures harming this trade unless necessary for security or legitimate public policy.

For mass market software, no party may require the transfer of source code of software owned by one of the other party. The distribution and sale shall be allowed within the territory of both signatories.

The FTA includes an advanced dispute settlement mechanism for most cases that makes it possible for concerned parties to claim their rights under the agreement.

Cases of non-compliance can be brought in front of the Compliance Review Panel which prepares a final report. If actions by a participatory party show unconformity with the agreement, the party should bring itself to conformity.

If the party is non-complying, the claiming party can negotiate appropriate compensation or withdrawal of concessions under the procedure stated in the agreement.

The IA-CEPA upgrades several provisions from the already established AANZFTA between ASEAN and Australia and New Zealand. Especially, exports of resources to Indonesia from Australia shall become easier while most barriers of trade to Australia will be eliminated.

The opening of the Indonesian investment regime will accelerate Australian investments in support of economic development in Indonesia, which is largely dependent on infrastructure and skills development.